Lingering Day: Anatomy of a Daydream 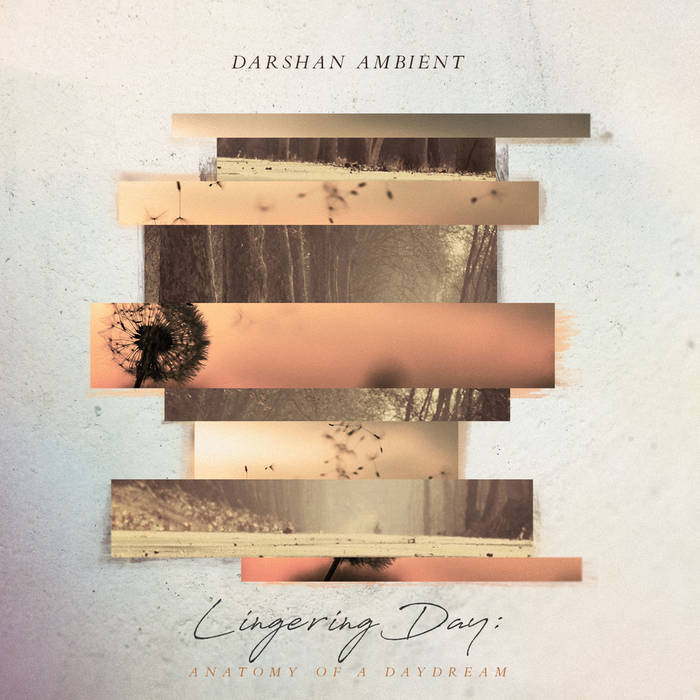 valsmountain Darshan Ambient as an artist is without question my favorite artist of all of the artists I’m aware of. This album in particular, and what I joyfully discover with his other CDs, is the tracks speak to your soul regarding one emotion or another. I have yet to discover an artist with his broad range of music creativity, originality, and consistency. He has yet to disappoint me. I like every single song and tend to listen to it when I’m working on my visual art work. Favorite track: The Lost Hunter.

As the tenth Darshan Ambient release on the Spotted Peccary label, Lingering Day is the perfect album to mark such a milestone. The album features all the hallmarks that listeners have come to expect from a great Darshan Ambient release; effortless chilled grooves, glowing ambient textures, signature guitar melodies, delicate piano lines, processed electric guitar work, and nuanced synth-string passages are all present and accounted for throughout the fourteen tracks of Lingering Day.

Michael Allison is the lone creative force behind Darshan Ambient, single-handedly composing, performing and recording all of the music himself, and for Lingering Day his skills are in top form. Allison has created what could quite possibly be the ultimate album for Darshan Ambient fans, infusing the tracks with all of the trademark characteristics and nuances that listeners have enjoyed so much from his music over the past fifteen years. The textural ambient soundscapes that dominate tracks like “The Seven Sleepers” “Bee’s Fade” “Hand In The Clouds” and “Umbra” are truly sublime and gorgeous. The upbeat rhythms and skilled guitar work found on “Mover” “Kissing Crust” and “The Seven Sleepers Part 2” are executed with artistry and grace. The easy comfort of “Silver” and “White Calm” wrap the listener in a warm blanket of familiarity, while the jazz-flavored “Erroneous” and “The Lost Hunter” are ideal anthems for a lazy day.

With its serene atmospheres and cinematic orchestrations Lingering Day portrays a true sense of wonder and space, and from the delicate rhythm of “Snowflake” that opens the album with a restrained urgency, to the ambient textural title track that closes the album by slowly stretching time to savor those final moments, Lingering Day may very well be the most perfect Darshan Ambient album to date.