Remember The Sultana (Original Soundtrack From The Film) 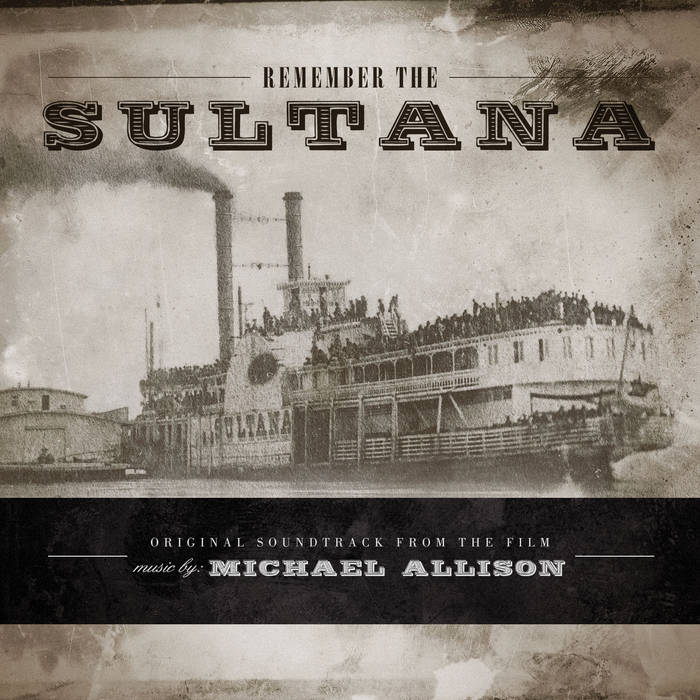 valsmountain This album just takes my breath away. Michael Allison/Darshan Ambient captured the essence of a war story completely through these moving compositions. What an amazing imagination he had. The song "The Last Roll Call" is one-of- a-kind, and I do not know of another artist who has created a soul stirring song like this. He remains one of my most favorite artists of all time. Heaven is so fortunate to have him back❤. Favorite track: Loss.

Most people are familiar with the Titanic, but few are aware of the largest maritime disaster in American History.

On April 27, 1865, the steamboat Sultana was heading north out of Memphis, Tennessee, overcrowded with more than 2,300 Union soldiers, many of them newly released POWs on their way home after surviving the horrors of Civil War prison camps. In the early morning hours three of the Sultana’s four boilers exploded and the steamboat caught fire and sank, killing an estimated 1,800 of the souls aboard.

Greed, corruption, tragedy and humanity make the Sultana a story to remember, and “Remember The Sultana” recounts what happened on that ill-fated voyage, the how and the why; raising it’s story from the depths of the Mississippi and into the hearts of people everywhere.

The music of Darshan Ambient has long been a muse for “Remember The Sultana” writer & associate producer Brendan Hedges, and this is the first time the two have worked together from the start of a project. According to Hedges, “I’d email Michael some script pages, and very quickly he’d send back a haunting strand of theme, or even – to my astonishment – a beautifully realized, complete track. Every time, my heart wound up racing – and I’d rush back to the script, hugely inspired.

“Composing music for ‘Remember The Sultana’ was a very moving experience. The sense of hope, and the soldiers’ longing to be home after five bloody years of fighting was a terrific challenge to put into the score. Much of the music during the time of the Civil War was in 3/4 time signature, so several of the pieces in the score reflect that, as I tried to emotionally capture the period in which this tragedy took place. It was truly an honor to create music for this incredible story.” – Michael Allison

A DAY WITHIN DAYS:
ambientelectronic.bandcamp.com/album/a-day-within-days