Songs From The Deep Field 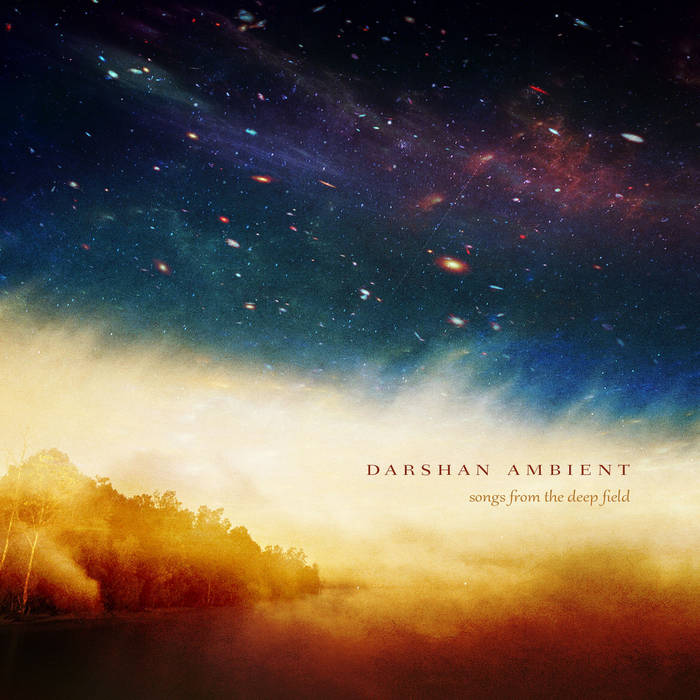 One of the most famous images captured by the Hubble Space Telescope covers only a tiny speck of the sky, and yet it reveals a bewildering assortment of galaxies at various stages of stellar evolution. This mesmerizing image, known as the “Hubble Deep Field,” is the inspiration for Darshan Ambient’s eighth Spotted Peccary release, Songs From The Deep Field – eleven tracks of layered pulses, melodic vibrances, and foundational grooves that evoke a human expression of awe-inspiring vastness that stretches the very fabric of imagination.

Songs From The Deep Field - running just over an hour – builds and releases layer upon layer, ranging from pure space to kinetic free fall; from weightless drift to rhythmic power. Filtered throughout the album are passages that bear resemblance to the works of Patrick O’Hearn, Steve Reich, Philip Glass, Jonn Serrie, and other pioneers of ambient space music, all orbiting around a core comprised of the complex layers and familiar atmospheres of Darshan Ambient’s enticing sensibilities. The result is a heavenly blend of ambient synth textures, lush guitar loops, pulsing strings, driving rhythms, electronics, and poignant melodies; a beautiful array of ambient electronic instrumentation that reaches for the stars and beyond.

While the far reaches of space may appear vast and endless, there is a unique design that allows the elements and regions to interact with great precision; development, deconstruction, birth and disappearance, all in the flash of an eye. In similar fashion, each track on Songs From The Deep Field is complete unto itself, yet the expansive shapes and moving passages of these indelibly unique compositions all spiral together on the album into a cohesive expression of the artists deep inspiration.

To fully embrace the universe is to surrender to the fragility that underlies the immense power and force that unites us all, and Songs From The Deep Field is a heartfelt tribute to the limitless mysteries of the cosmos.